Last week I sent my dad a picture of his three year grandson from my phone while we were fishing.  He responded in minutes and I’m sure was tickled to be included in our outing though 7 hours away.  After said picture was sent I responded to an email from a colleague, received a grocery list text, and checked the weather forecast.  Then I loathed the fact that I had only 17% power and had to put the phone in the truck on the charger.  Holy Cow!
My dad took me fishing early and often.  When we had nothing else to connect us we could go fishing and the world was just right.  Dad did not have a pager.  His job did not require it.  A cellular phone was not a defined word (or is it a term?).  We were totally unaware of scores, headlines, market changes, or whether we would be blown off the lake.  And by God, it didn’t matter. He probably listened to every silly word I uttered!  There was a sense of freedom and mystique that we just don’t know anymore.  I can tell you the price of wheat in Russia in 14 seconds but not the last thing my daughter said before I returned a text about antibiotics.
I run with the phone so I can listen to pod casts on how to be a better leader.  I can hardly wait for a sermon to be over so I can check for texts that assuredly will change my life. I have gotten so connected that I’m not sure what being disconnected feels like anymore.  I would actually like to wake up and not know what is “going on”.  In spy films and the like people are said to be “off the grid”.  I assume that means nobody can find them.
So just how would that feel?  Could I handle it?  I would like to say of course, but then I’m afraid the guilt of not being responsible, or a good husband/father/friend, or a caring veterinarian would consume my being.  Somewhere there is a middle ground I suppose.  One where it’s OK to shut her down for a short while and try to focus solely on the moment.  Only to be snapped back to that funny whistle that tells me I have message.  I am fully aware that these amazing devices have allowed us all to keep up with family and perform our respective jobs easier.  And for that I am very thankful.  But I think my goal for just one day will be to leave the phone off just to see if I can make it. 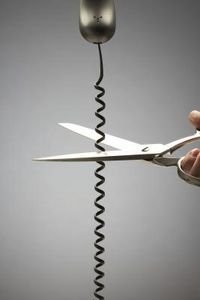 I hope everyone understands.